Time for another photo match-up. Actually, the example photo showing a vintage street scene is in color, not the usual sepia ones that Sepia Saturday shares. That gives me more options to find a similar scene in our family photo stash. Let’s see what I find. First I found an old grocery store in Tyro, […]

Hang Onto Your Hat

The inspiration photo for this Saturday features a vintage bicycle with a sidecar. The lady riding in that sidecar was wisely hanging onto her hat as they zipped along. Now, I’ve already shared my photo of my grandmother on a motorcycle and one showing my great-uncle and my grandfather with bicycles, so I don’t have […]

Word of mouth spread quickly in the community, even in 1905. Aaron Vining, his wife Carrie, and their 8-month-old daughter Jennie had drowned in the flooded Chetopa Creek. The family had gone to nearby Vilas to visit Aaron’s parents,  Jennie and James Vining Jr.

They were expected back on Sunday but the alarm went up when they did not arrive. The heavy rain on Sunday had made the creek very high and risky for a buggy to cross. His brother went to Aaron’s house but no one answered the door. He feared the worst had happened.

Fortunately, the rumors were mistaken, the family was safely at home in their beds and had not heard the knocking on the door. Since the creek was flooded, they had returned home by way of Chanute.

The newspapers reported on the mix-up. The Wilson County Sun of Neodesha, Kansas carried the story on Fri, Jul 07, 1905 on Page 1. 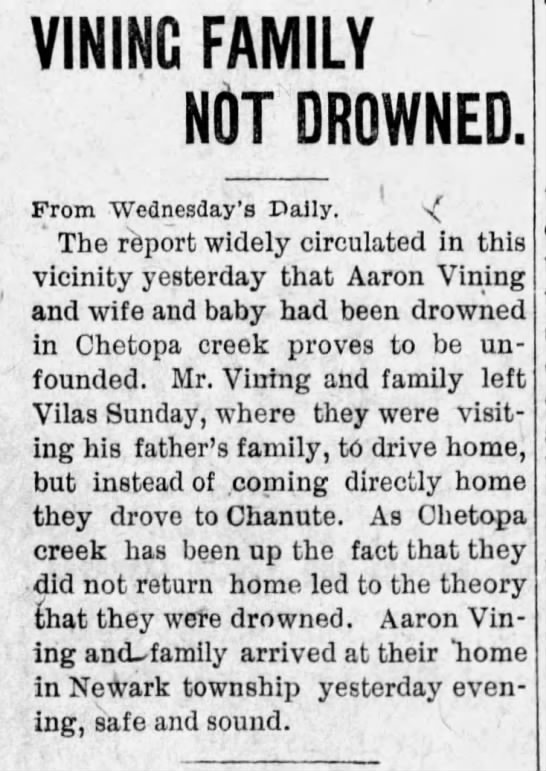 The Neodesha Register featured their version of the story on that same day on page 4. 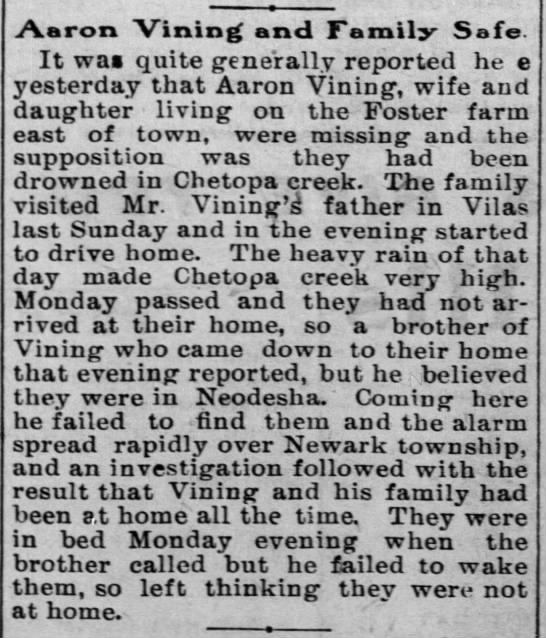 The family had rented the A.N. Foster farm just 6 months earlier in January 1905. Formerly the farm was called the Old Ditto Farm. They moved to the farm from Newark shortly after baby Jennie was born.

My third cousin, Nancy Henning, had this photo of the couple, her great-aunt and great-uncle. To me, Aaron is a first cousin, 2x removed. 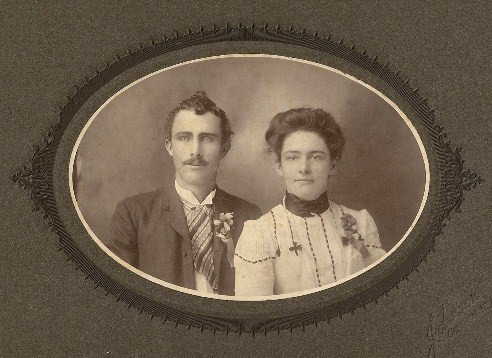 Aaron and Carrie Vining (I suspect this is their wedding photo, so that would make it from December 1903.)

Baby Jennie, named after her grandmother, lived to the age of 92. Here’s a photo of her as she was growing up. 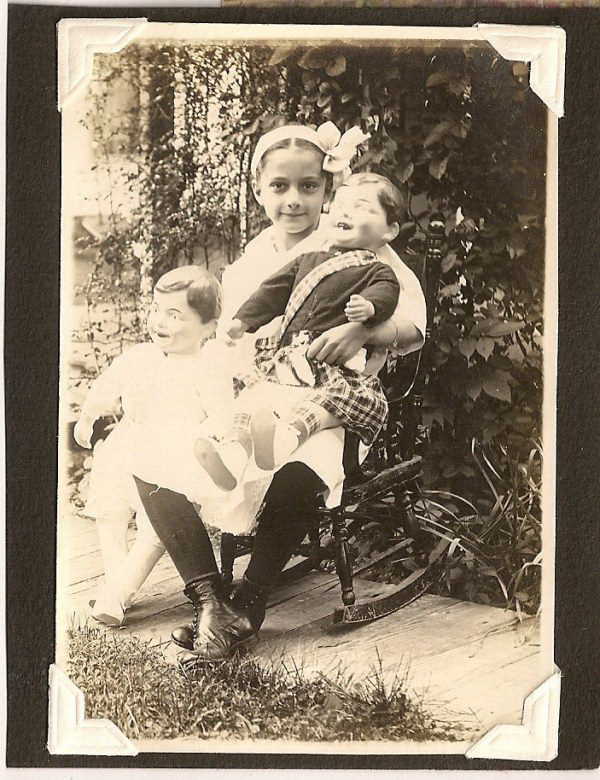 How fortunate we are that this family did not die tragically in the flooded Chetopa Creek and instead lived long and productive lives. Ten years after this mistaken story, Aaron and Carrie had another daughter, Mary Ruth. Here’s a photo showing the whole family (thanks again to cousin Nancy for the photo). 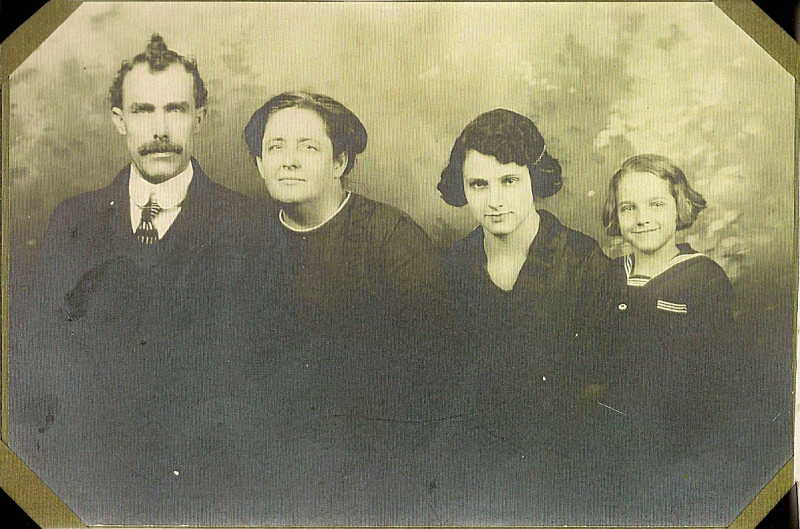 3 thoughts on “The Rumors Were Wrong”