CJ and the Big Rock 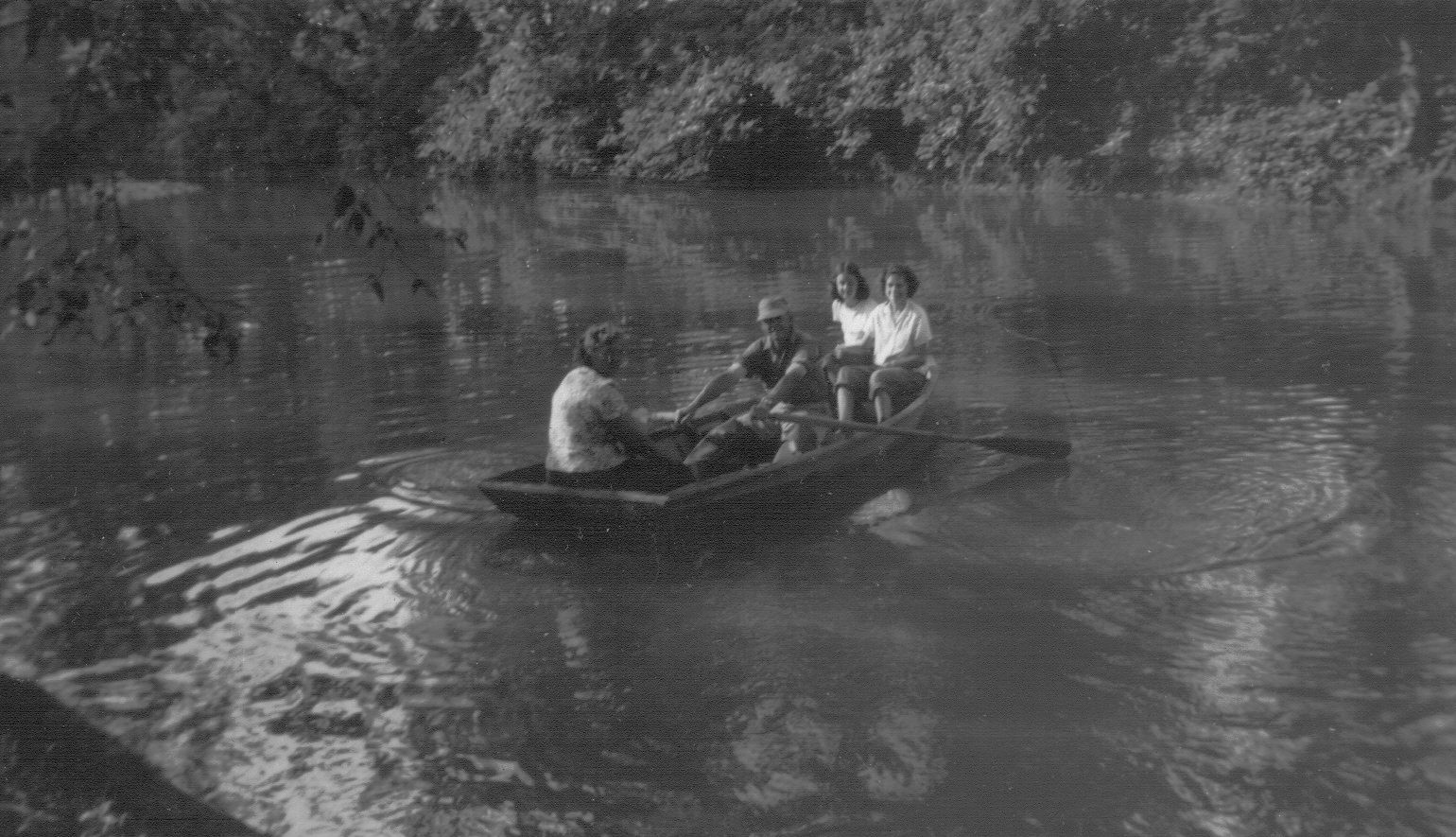 It’s always great to get the back story on vintage pictures. We feel lucky if a photo has a name and a date on it, but what’s the whole story? Different people will have varied memories or tidbits to contribute when they view the picture. This one from Gail’s younger sister, Carol, triggered this conversation: […]

The guest blogger today is CJ Garriott, Gail Martin’s little sister. “I couldn’t resist getting this shot of the rock garden Iris! All my iris got a late, slow start due to Mother Nature last month, but they are making up for it now. They have quite a story. A few years ago, the gas […]

I don’t have photos of any film stars in my family collection, but I do have ladies with cars. So for this Sepia Saturday challenge, I’ll share my great-aunt Bertha McGhee’s pictures. It also serves for the 52 Ancestor’s Challenge: Adventure.

These are from her time in New Mexico when she was working at the Navajo Indian School. Apparently, the staff at the school had some time off and went on excursions together.  That’s Bertha standing by the car. 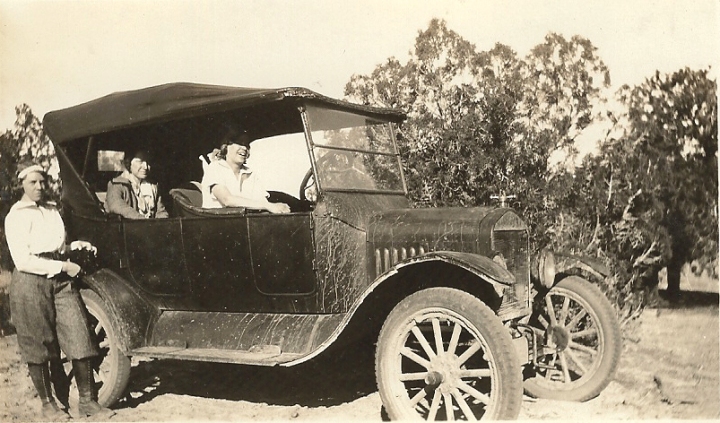 I’ve made contact with two people who also had great-aunts working at this school. They’ve been able to identify their relatives in a few photos that I have. Sure would be great to hear from others who might recognize some of these teachers and school employees. The year might be 1929 or 1930.

I don’t know whose car this was or who owned the dog. Some possible names of the people are ones I’ve collected from the 1930 census for the staff names at the Navajo Indian Mission of Farmington, NM. The people below could be Mabel Huffman, Bessie Ullery, Clara Lenz, Emily Guigon, Nellie Hawthorn, Mary A. Leckliter or Eli Forman. There were two sisters in their twenties living at the school (Lois and Edith Hadley).

These photos seem like they are from the same adventurous excursion. They are exploring on unpaved roads, quite sandy in places, in areas with scrubby growth. They take some photos on a rocky hillside and in an arroyo. I’m glad they didn’t get stranded out there in the sand. 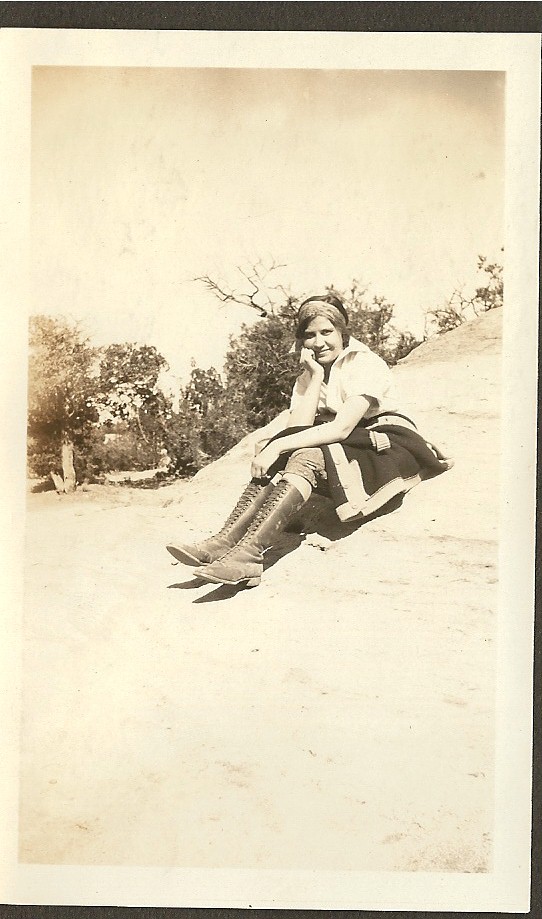 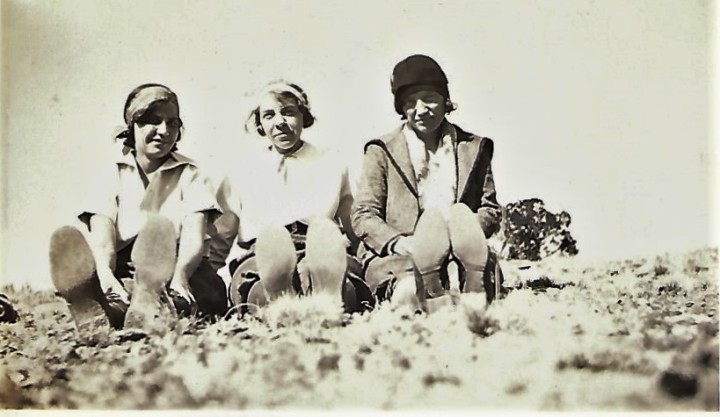 The woman in the dark hat is identified by her great-nephew as Bessie Ullery. At first, I thought the other woman with the scarf might be Mabel Hoffman, but her great-nephew says it isn’t her.

The man may not necessarily be an employee at the school. Possibly the young women hired a local driver for the outing or he might be a friend. I keep hoping that someone will recognize the rock formations as a destination near Farmington, New Mexico.

Read more about the Navajo Mission School and the people. To see what other bloggers are writing about for Sepia Saturday, just click that link.